The AlertView app is a capability of Nova RIS that notifies referring physicians, radiologists, or cardiologists that STAT or routine results are ready for evaluation.

No matter where they are, they can review with one tap on the text message. This type of mobile communication and collaboration improves patient outcomes while minimizing disruptions for primary care physicians and hospital staff.

When radiologists are allowed to complete and pass along the many imaging reports they encounter each day with minimal interruption, distraction, or delay, workflow is enhanced and profitability increased, always to the satisfaction of radiology managers, CFOs, and CEOs.

Historically, a major workflow impediment has been telephone calls coming into radiology reporting rooms, which interrupt the work of radiologists 90 percent of the time and may decrease reporting accuracy significantly, according to researchers.

Dr. Christopher Watura and his colleagues wrote in Current Problems in Diagnostic Radiology that fewer than one in 10 inbound calls are deemed appropriate interruptions to the workflow of radiologists who must field them, often while in the midst of important and even potentially lifesaving clinical work.

There’s another important interruption, however, one that is often overlooked: radiologists often must call referrers to notify them that a report has been completed. With each call comes a departure from work and the possibility that a radiologist will remain on hold until the referrer comes to the phone—and only if the clinician is reached and available. If they are not able to connect, it will mean yet another inbound return call to the radiologist.

The app’s unique features include secure login with TouchID, a dynamic patient list that enables quick searches, extensive filtering (including modality and time filters), a convenient basic report view as well as an in-depth full report view, display of all key images in the study, and enhanced data security through deep linking. No PHI is stored on their mobile viewing device.

The app is first protected by the mobile phone user’s passwords and fingerprints and then protected further with a quick security question just prior to opening your first study. After that, the server recognizes that device as safe, and the referring physician can access studies with a simple swipe and a fingerprint scan.

Getting started with AlertView

Required Software: Enterprise Nova RIS or Reports Distribution Manager 8.6.7 (or higher) so that it works with NovaPro and other sites. Available for iOS app only at product introduction. Works with iPhone and iPad.

Search the patient to view the report. 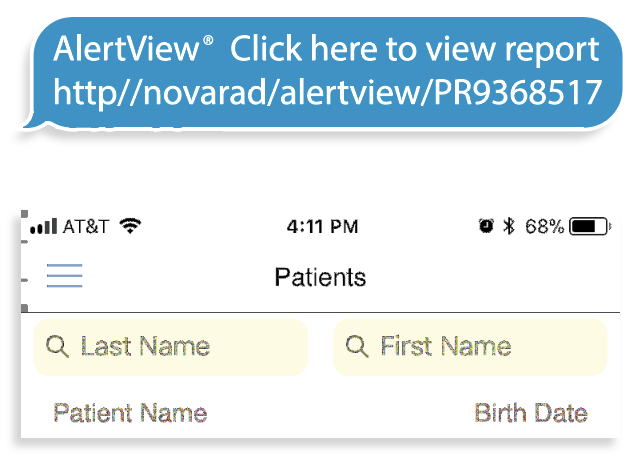 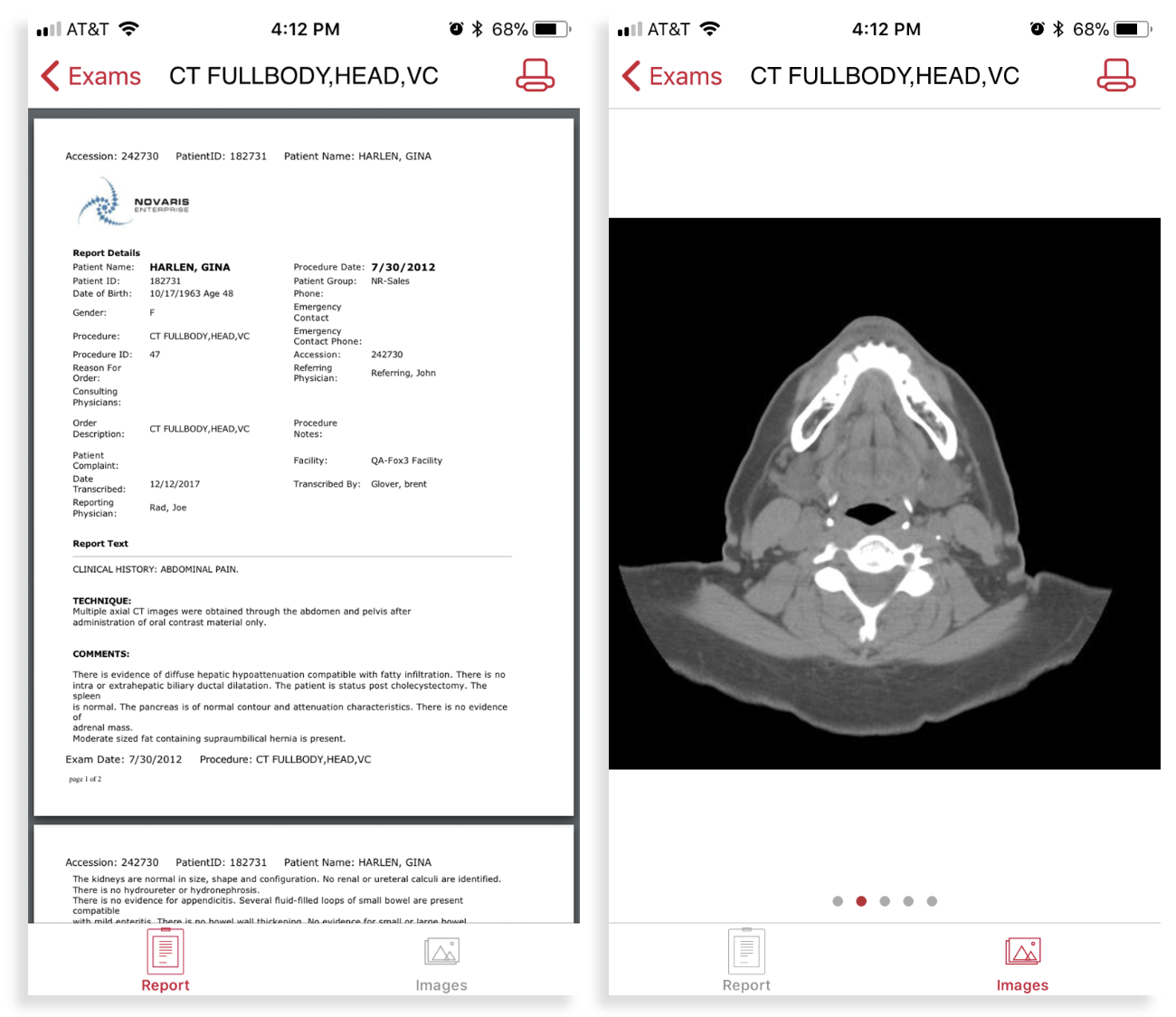 Want this to-go? Download the complete product information or request a demo.